Linkedin
This Teacher Increased His Class Attendance From 40% To 93%. Find Out How He Did It!

This Teacher Increased His Class Attendance From 40% To 93%. Find Out How He Did It!

Stephen Ritz was an ordinary teacher from Bronx, until a terrible misfortune happened in his life – the death of his own child.

The tragedy changed the man very much and made him look at his life and work in a different way.

Stephen decided to devote his energy to help children from disadvantaged families of his district.

The man began to teach in one of the most problematic schools in the South Bronx, where only 17% of students receive a high school diploma, because the vast majority of students did not attend classes, and then did not pass the final examination.

This school was dominated by violence and poverty. The most of the children were hungry. 99% of Stephen’s students needed a free lunch. 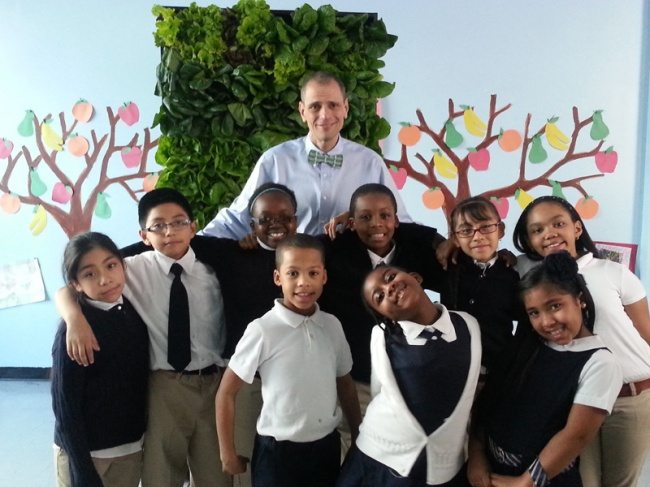 The Bronx is one of those areas, that nutritionists call “grocery deserts.” Local residents do not have the opportunity to purchase healthy foods. They eat cheap food and fast food, which are far from good nutrition.

Once Stephen was given a box of bulbs of daffodils. The teacher hid it in the classroom behind the radiator because of the fear that the children would find the bulbs and start throwing them at each other. Very soon sprouted bulbs turned into flowers, and their growth has brought a lot of positive emotions the students.

Stephen had an idea: if the children liked so much daffodils, so they would like edible plants. That children can grow food right in the school. 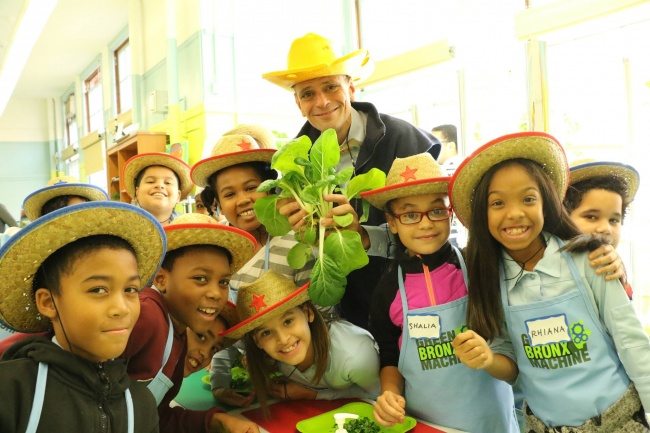 Thus the charity Green Bronx Machine was founded. The aim of this charity is to teach children and teenagers the basics of proper nutrition, and give them the opportunity to grow vegetables and herbs for their families.

Thanks to this organization a lot of schoolyards gardens and greenhouses were created not only in the Bronx, but all over New York and other US cities. This helps students to eat better and creates jobs for teenagers. 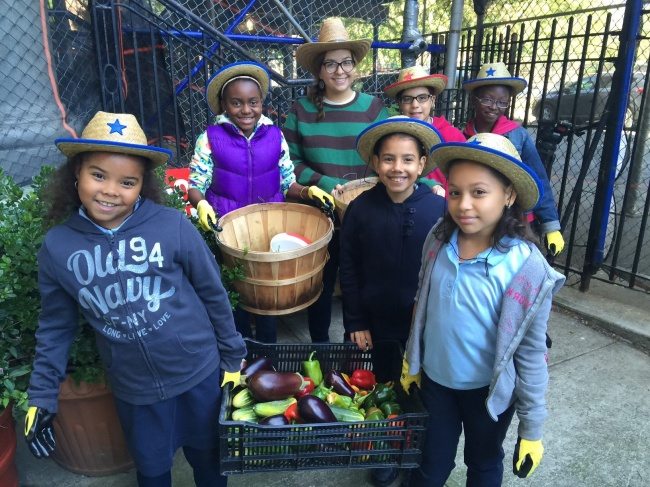 Attendance and academic performance of young gardeners increased significantly. In the class of Stephen it grew from 40% to 93%, absolutely all of his students were able to pass the final exams.

This is invention of Stephen Ritz, the “green wall”, which allows them to grow lettuce and other greens right in the classroom. 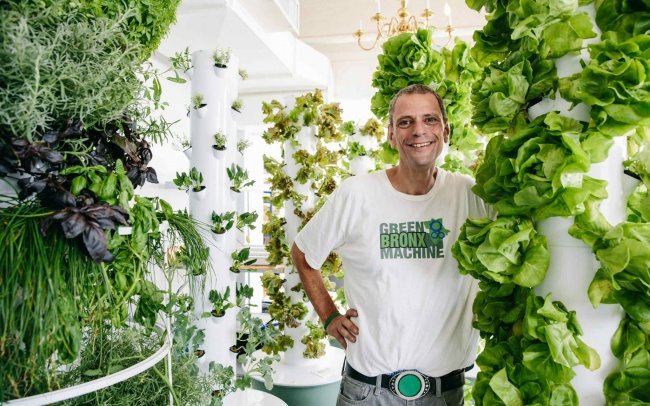 “Exposing kids to healthy food; to growing food; to predicting it; to analyzing it; to understanding it; getting involved with it where they need it most: right here in school. And to be able to do it with systems that enable them to take it home to their parents? That’s awesome!” – says Stephen Ritz.

This Boy Was About To Be Late For The First Day At School, But He Did Not Skip His Prayer!
This Man Is Homeless. But This Does Not Prevent Him From Spreading The Word Of God!